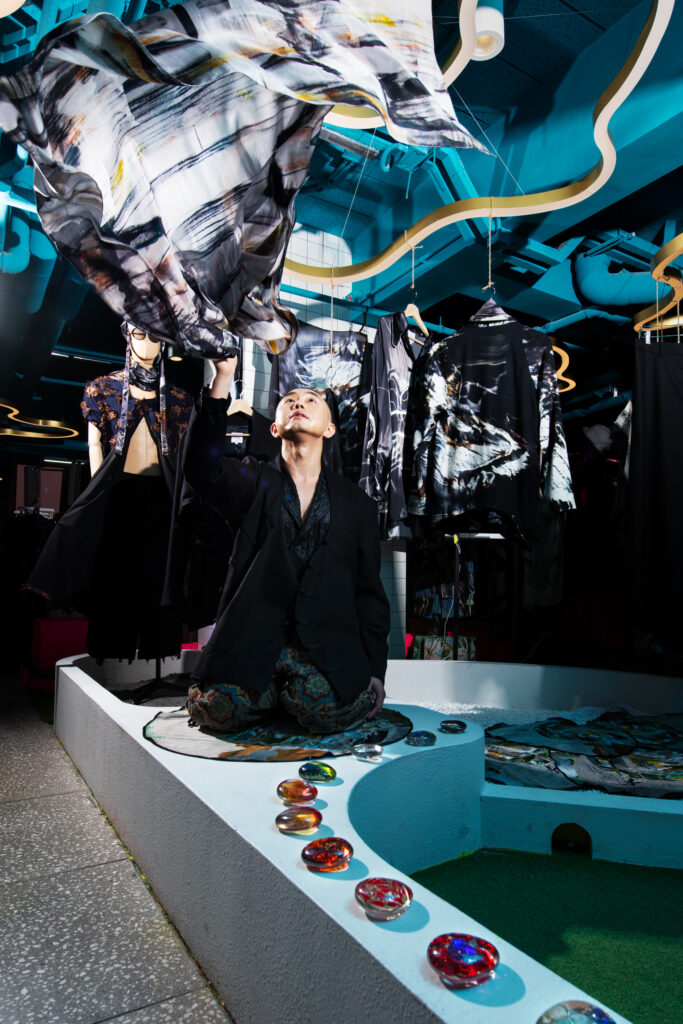 Style Stage: When Fashion and Performing Arts Collide by ArtistreeHK

While Chan brings new colours to French comedic shows through fashion, Vincent Li is a Hong Kong- and Melbourne-based designer who brings elements of poetry and theatre into his design. He draws inspiration from the arts, particularly from dance.

“I grew up as a trained dancer, so I can see many similarities between the two art forms as both are about self-expression,” he says. “When different people put on the same piece of clothing, they add their own character into it. Likewise, the same dance routine can transform through different dancers’ interpretations.”

With his combined passion for fashion and dance, it’s no surprise that Li’s works often marry both worlds. That included his participation in HK Ballet’s WearDance programme, which brought together designers, choreographers and dancers in a series of creative collaboration. “The fashion piece I created for this project wasn’t costume-like, as the choreographer and I wanted to conjure an image of a character that was more realistic rather than one from a fantasy world,” he says. “So it was a good balance between a costume that allowed the dancer to move comfortably, and a dynamic piece that reflected the current time and society.”

More recently, Li launched his Spring/Summer collection at an event that combined dance and dialogue.“The dancer asked me improvised questions about the collection. Then, when the music changed, we started to move. The choreography was based on the stories behind my collection,” he says. “Previously, I’ve also worked with dancers to present my works, and I realised their movements added so much more meaning and dimension to the garments. They brought my pieces to life and transformed my design into a new expression.”

Another recent project that brought fashion and art together was the ArtisTree Selects: Light In/Out Film and Exhibition. The multimedia exhibition showcased Norwegian artist Fredrik Tjærandsen’s bubble dress concept in a dance film, large-scale installation and a series of photographs – read more about the inspiration and creative process behind the project here.